Enter if you dare 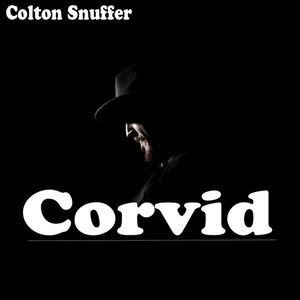 Check out Colton Snuffer at: facebook.com/ColtSnufferandTheDeadHorsemen

Not only did the album's title give me a much needed chuckle during these serious times, each song on this album is tight, mysterious, and show the marks of a young-but-seasoned song craftsman. Also, turns out Mr. Snuffer plays every track on this album. From percussion to some impressive harmonica, lead and rhythm guitar, and more. He even raps on it. Not kidding. And it works.The overall sound of this album is noticeably dark country, with some gritty-as-hell blues coloring the edges, and plenty of good-ol' fashion rock n' roll moving it forward. This is an album that is impressive on its own, but also showcases an artist with plenty of potential to grow in some interesting musical directions. Though this is a solo album, Colton also performs in "Colt Snuffer & The Dead Horseman."

Thumbs up: The album is incredibly tight, but has enough rough edges and a raw spirit to save it from sounding TOO perfect. The songwriting itself is solid, harkening to outlaws like Johnny Cash and Southern Gothic writers like Flannery O' Connor. The percussion, though simple, is one of the album's most subtle yet rewarding elements, giving the songs an intensity that too often lacks in folk and country music.

DM's Two Cents: The rap on "No One Pays" surprised me. A lot. It took a few listens to get used to. It fits surprisingly well in the song itselt but felt a little out-of-step with the album as a whole. However, I admire that he did this and I've found that creative surprises in music that might shake us up at first usually are good for listeners, artists, and respective music genres. I'd be curious to hear more songs in the future that incorporated this. Though use it wisely.

Standout Tracks: The eerie, dark-as-midnight "Whiskey in a Wine Glass" is an absolute home run. The foot-stompin' blues track "Half-Wit" is a great example of Colton's knack for penning percussive tunes.

The Ghost of Lola Rose 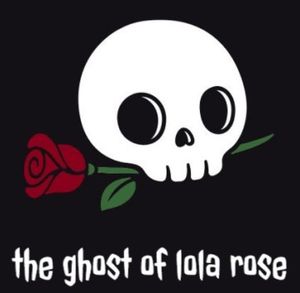 Check The Ghost of Lola Rose out at: www.theghostoflolarose.com

There's nothing better than when a great artist you've never heard before suddenly sings into your ear and leaves you speechless. And that's exactly what happened with this debut from U.K's dark-chanteuse The Ghost of Lola Rose. With songs full of mischief, mystery, and misery, this first E.P from a most-exceptional new singer-songwriter promises great things to come. The album goes deep, with songs about mental illness, religion, the nature of good and evil, to name just a few big topics explored here. Yet there's a pop sensibility that makes the album an absolute pleasure to listen to, all of which is heightened by Lola Rose's haunting, at times sultry, and always striking vocals. Also, visit her website and you'll find a whole mythos surrounding the artist that adds a layer of intrigue. As her bio states, "The Ghost of Lola Rose has been haunting the corridors of an old house in England for some years. Following the death of singer/songwriter Lola Rose, her ghost fills the empty void by trying to communicate Lola’s stories of human struggle to the living, in the hope that her death would not have been in vain." Now THERE is a bio that's gonna get lovers of dark music begging for more.

Thumbs Up: As mentioned, the mythos establised by Lola Rose is intriguing and, even in light of the album's dark matter, FUN. I was sold the minute I heard of it. Yet the music itself lives up to the intrigue. Though it has all the quirks and charms of a first effort, all-in-all this EP is exceptionally well done. I was specifically impressed with how much I enjoyed listening to it, at the same time finding its heavy content provocative. Also, unlike a lot of debuts, The Ghost of Lola Rose has her own cohesive sound. It's a mix of folk-rock with country tinges and even some surf, almost punk-like touches gracing the tracks.

DM's Two Cents: Honestly, just keep making music. On this debut, GOLR introduces herself not only as an artist with a top-notch sound, but also shows potential to become even more established. Perhaps some thicker overall mastering would bring out the full power of the songs herein. There is very little noticeable reverb or vocal effects. For an album that covers vast terrain, it is fairly stripped down. I'd love to hear her work with a producer and engineer that could really bring a few classy studio tricks to her tunes, even add some more musicians to the mix. But overall, this is the kind of debut album that music reviewers dream of. It's artful, different, a delight to hear, and leaves you wanting more. Quite a feat.

Standout Track: The wonderfully peculiar "Strange Voodoo" is the album's best track. It has a Dusty Springfield vibe, a percussive musical backdrop, and Lola's vocal magic. "I Don't Know" is another standout that haunts the imagination. 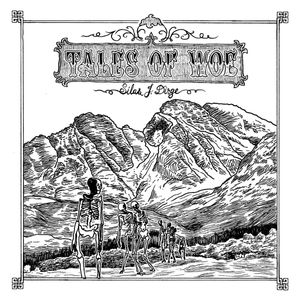 Check Silas Out At: silasjdirge.com

Listen to the album here

What a weird, hypnotic, spooky, murderous breath of fresh air this album is. Not even sure how I found it, but I loved it the millisecond the first note played. Created by an artist in Amsterdam, this is lovely and melancholy album full of murder ballads, ghost stories, and strange love songs. Please, tell all of your friends about Silas J. Dirge. It is Cowboy Music for Stephen King fans.

Thumbs Up: Honestly, this is a perfect album. If Devil's Music assigned letter grades, it would get an A+ and that still wouldn't be good enough for this deeply rewarding album. The album's greatest success is how simple it all is, yet it is simplicity that creates a rich, nightmarish atmosphere that sticks with you long after it's over. It calls back greats like Marty Robbins and Hank Williams, but also could easily compete with contemporaries such as Colter Wall and Hank III.

DM's Two Cents: Honestly, I just hope more people find out about it and Silas J. Dirge. Keep making music. This is a perfect album.

Standout Tracks: The song "Reaper" is one of the best songs I've heard this year. It is as unsettling as it is beautiful. I wanted to cry and cheer as I listened. Also "Sirens of the Tar." 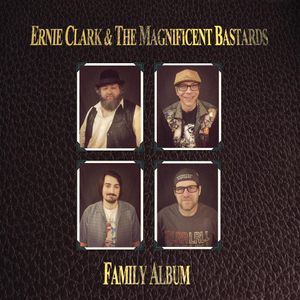 Check out these bastards at: www.facebook.com/ernieclarkdos
Take a listen here.

Hillbilly country, classic punk, lyrics with real bite telling stories that are equal parts fun, dark, depressing, and ridiculous. Listening to this feels like seeing Joey Ramone  at a honky-tonk,  then watching him leave with your true love.

Thumbs Up: Tight musicianship all throughout but there's a rag-tag, human quality to it all. Mostly upbeat songs that cover love, death, getting your ass dumped, failed attempts at adulthood, drinking a lot, and God even shows up.

DM's Two Cents: Boy, some slide guitar would sound good on half the songs here. Also, the first track opens with a chaotic barrage of instruments that smooths into a tight groove. You should do that type of thing more often!

Standout Tracks: "Hell of a View" is a perfect tune, with hints of Waylon and AC/DC. "The Tale of Rotten Johnny Reb" is fuckin' solid, too!